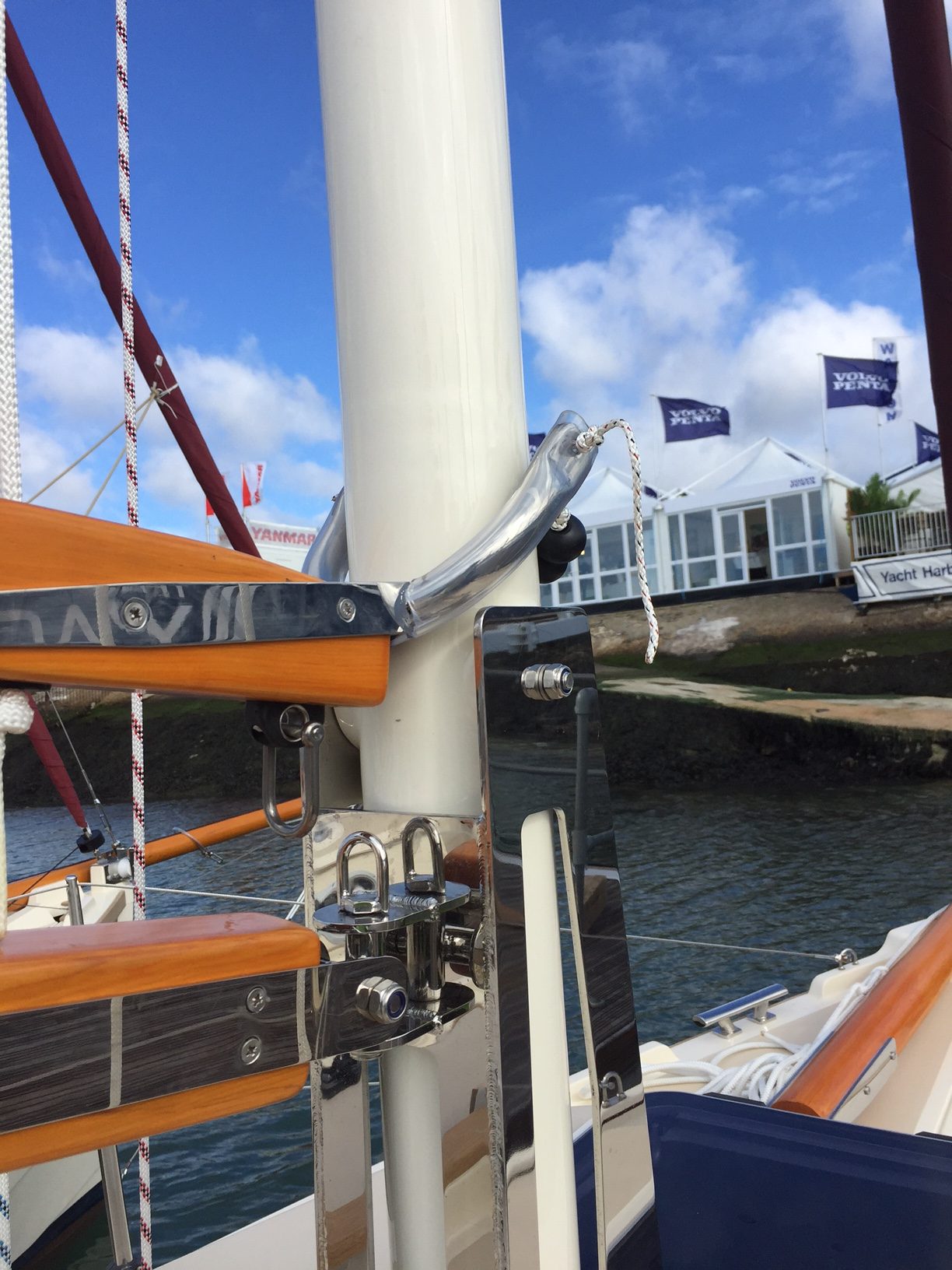 Firstly the mast. Traditionally we have used wooden spars on our gaff rigged boats. It provides a traditional look, it’s strong and long lasting and with modern coatings it can also be very easy to maintain. For the new Crabber 24 MkV we have chosen a more high tech alternative; a custom wound carbon fibre mast from Selden. To maintain our traditional image we are using a round mast section with a cream painted finish. The use of carbon fibre allows for a much lighter mast, in the case of the Crabber 24 this allows the boat to have more stability without compromising the shallow draft, interior volume or overall weight of the boat. In this particular size band these features are particularly difficult to achieve, so the ability to reduce weight aloft is a great advantage. The reduction in weight aloft allows the whole boat to have a lower displacement, this makes the boat more manoeuvrable, easier to handle and also faster than previous offerings at this size.

The second place carbon fibre is used is in the reefing spars. For a few years new Cornish Crabbers have been supplied with a spar called the Aero Luffspar. In this case a glass and carbon fibre composite is used to give a reefing spar that is flexible, allowing the bowsprit to be lifted. Previously to achieve this the jib would be flown from a wire luff furler which don’t allow the sail to be reefed, and also are less reliable when furling the sails in high winds. The alternative would previously have been a reefing spar, these include so called non structural spars such as the Holt Allen and Sailspar systems used on older Shrimpers, or structural furlers such as Selden’s Furlex. All of these systems use an aluminium extrusion for the sail to furl around. An aluminium spar cannot be bent without damage which would therefore prevent the bowsprit being raised. Also on boats being trailer sailed they are very prone to damage, it’s easy to bend the spar when rigging and de-rigging. The carbon composite spar on the Aero Luffspar solves all of these issues. The balance of longitudinal flexibility and very high torsional stiffness make it a highly robust system which requires very little maintenance. This is a great example of carbon fibre being used for its structural properties rather than simply a weight reduction.